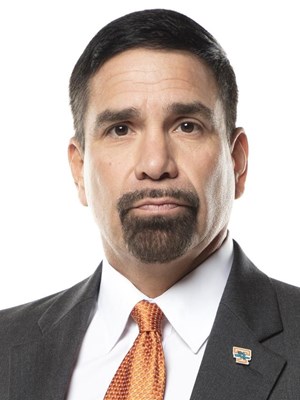 “I am very excited to be part of the Fort Smith Schools program, which is so rich in history, pride, and tradition,” Michael Beaumont said. “I know the district has excellent teachers, leaders, and coaches. I feel truly humbled and blessed to join the Fort Smith team.”

At the University of Arkansas, Beaumont had the opportunity to be a part of a team that enjoyed an SEC West Championship in 2006 and back-to-back January 1 bowls in 2006 and 2007. His student athletes included NFL stars Darren McFadden, Felix Jones and Peyton Hillis. Former Razorback Football Coach Houston Nutt said of Beaumont, “He is a difference-maker with young people who will go the extra mile. He understands teachers and coaches and will represent Fort Smith Schools in a first-class manner.”

Prior to his work in Fayetteville, Beaumont was a football and baseball coach at Lincoln (Arkansas) High School and also served as athletic director in addition to teaching from 2001-06. As the head baseball coach, he led his team to the 1-AAA conference championship in 2004 and was voted by his peers as the 2004 Conference Coach of the Year. He was the defensive coordinator on the high school football staff, and as the head coach of the junior high squad, he guided his team to the 2005 conference title championship on the football field.

"We are very pleased for Mr. Beaumont to join our district leadership team," Superintendent Dr. Doug Brubaker said. “He brings with him a wealth of experience and we look forward to seeing the impact he will have on our athletic and activity programs.”

University of Tennessee Director of Athletics Phillip Fulmer said, “I’m thrilled for Michael in his new role as Athletic Director at Fort Smith schools. Michael brought energy, enthusiasm and a tremendous work ethic to campus every day at the University of Tennessee, and I know he will do the same in Arkansas. I know Michael is excited to be back in his home state, and we wish him and his family all the best.”

Michael and his wife, Susan, are celebrating their 25th wedding anniversary this year. They have two daughters, one who will begin a career as a teacher in the 2019-20 school year and one who will be a freshman in college.

Beaumont graduated from Brookland High School in Brookland, Arkansas, and grew up in Jonesboro, Arkansas. He has earned degrees from Arkansas State University and the University of Central Arkansas.